These properties are research-proven. Clinical research has shown that CBD, which is generally taken orally as a tincture or in an edible form, can be therapeutically useful for managing anxiety and depression, chronic pain, sleep disorders, and seizure disorders. There's also clinical evidence that CBD can be effective in suppressing nausea and vomiting, both symptoms commonly encountered by expectant moms. So, it's no surprise that some pregnant women are getting on-board with, or simply curious about, CBD use.

Felice Gersh, MD, ob-gyn and founder/director of the Integrative Medical Practice of Irvine in Irvine, California corroborates that experts' concern is related to lacking data and "the fact that production is poorly regulated in most states." While that remains to be the case, she advises her pregnant patients to avoid using CBD. 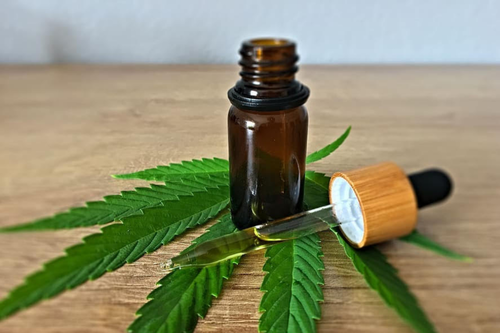 Specifically, the team of scientists investigated rodent behavior and DNA methylation, an important mechanism known as an epigenetic mark in both rodents and humans that helps control the “when, where, and how much” of gene activity. CBD’s effects on gene activity markers were examined in two brain regions important for memory, mood, and cognition.

“CBD use has exploded in recent years, yet we still don’t have a clear picture of its impact on the brain, especially during development,” said study director Christopher Faulk, an assistant professor in the College of Food, Agricultural and Natural Resource Sciences. “We show here that use during pregnancy can permanently impact the resulting offspring in adulthood and potentially for the rest of their lives.”

The research team, made up of scientists at the University of Minnesota’s Department of Animal Science and College of Veterinary Medicine, began by using a human-relevant dose that is typical in adults purchasing CBD over the counter for a variety of ailments. Next, the team treated pregnant mice daily throughout pregnancy and lactation until the pups were weaned. The offspring were followed into adulthood without any additional CBD, at which time they were measured for persistent behavioral and molecular impacts of CBD.

According to Faulk and Wanner, gaining more insight into how CBD affects the developing brain will be important for future safety recommendations.

The researchers are continuing to draw the epigenetic map of gestational CBD exposure and its impact on youth and adults. In the future, they hope to expand behavioral studies to include measures of sociability and drug reward, which are important for diseases like autism spectrum disorder and substance use disorder, respectively. They also plan to repeat these measurements in adolescent offspring in order to determine whether abnormalities are already present at an earlier age or whether they develop later.