H. Moradi is supported by a career development award from the Office of Research and Development of the Department of Veterans Affairs 1 IK CX 001043-01A2. F. Park is supported by National Institutes of Health R01 DK-90123.

Summary of CB1 and CB2 receptor localization in mammalian kidneys

In animal models of AKI, CB1 receptor activation is associated with increased production of reactive oxygen species, which can either activate NF-κβ-dependent transcription of downstream proinflammatory target genes, or alternatively activate p38 MAPK and JNK. In the end, both of these pathways activate programmed cell death by apoptosis ( Fig. 3B ) (39). This was demonstrated in a series of in vitro studies, which found that phospholipase-A2 metabolism of palmitic acid could promote apoptosis by stimulating CB1 receptors (31). Conversely, the role of the CB2 receptor in proximal tubules remains largely unknown, but there is evidence that activation of the CB2 receptor reverses the proapoptotic signaling mediated by the CB1 receptor (38, 40). In addition, activation of the CB2 receptor had an anti-inflammatory effect causing decreased infiltration of immune cells, specifically leukocytes, into the kidney and attenuating inflammatory cytokine release (40). To date, however, the heterotrimeric G protein and accessory protein signaling complexes associated with CB1 and CB2 receptors in the kidney remain to be fully described. The latter point may be significant given the difficulties in predicting the overall outcome of EC system activation based on what is known about the CB receptors at the current time. For instance, a recent study using a bilateral ischemia-reperfusion model of AKI found that renal ischemia-reperfusion injury was associated with a significant increase in kidney 2-AG content. While enhancement of renal 2-AG concentrations using an MAGL inhibitor resulted in improvement of markers of renal function, mRNA expression of genes indicative of renal inflammation (such as cytokines) was unchanged. In fact, there was a nonsignificant trend toward increased expression of these genes (36). Therefore, the totality of EC system activation is dependent on many factors and may be more complex than what is predicted on the basis of CB receptor function alone.

Various forms of acute and chronic kidney disease have demonstrated changes in CB receptor expression or activity (1, 3, 22, 43). Biopsied kidney samples from patients with either IgA or diabetic nephropathy have shown elevated expression of CB1 mRNA (29). Concomitant with the increased levels of CB1 receptor, there is evidence that glomerular CB2 receptor levels are decreased in experimental mice and humans with diabetic nephropathy (3, 20). These findings have led to the speculation that modulating CB receptor function and activity may be a viable therapeutic intervention for renal injury and disease.

Percentage marijuana use during the past 12 mo among people aged ≥12 yr, overall and by age group. Modified from National Survey on Drug Use and Health Data. https://www.cdc.gov/mmwr/volumes/65/ss/ss6511a1.htm, accessed on March 27, 2017.

The mechanism by which CB1 and CB2 receptors regulate tubular epithelial cell survival and/or recovery following sublethal damage remains to be fully determined. On a molecular level, renal CB1 mRNA (39) and protein (39, 55) or CB2 protein (55) were not significantly altered using multiple rodent models of AKI. However, biopsied kidney samples from humans with acute interstitial nephritis showed increased CB1 receptor mRNA (29). These molecular differences may be related to the type of AKI and the species from which the kidneys were obtained. Furthermore, although there may be overlap in the distribution of the CB receptors between specific cell types, the physiological outcome of CB receptor activation is likely dependent upon a number of other factors, such as the expression level of CB1 and CB2 receptors relative to each other, the G proteins associated with them, and the type of accessory proteins that are in close proximity of the receptors, which can amplify or dampen the signaling output.

Although cannabis is mostly consumed for its effects on the central nervous system, by activating the CB receptors (CB1 or CB2) within the endocannabinoid (EC) system, its use may have both beneficial and harmful side effects on many other organ systems. In addition, although the activation of these receptors plays a vital role in numerous physiological processes, including memory, mood, pain sensation, sleep patterns, energy metabolism, and immune function, the effect of cannabinoids can also be mediated via CB receptor-independent pathways, details of which are beyond the scope of this article. Hence, there are a large number of disease conditions, which can be targets of cannabis research, including anxiety, cachexia, obesity, metabolic syndrome, atherosclerosis, depression, emesis and nausea, epilepsy, hypertension, multiple sclerosis (especially for spasms), and rheumatoid arthritis. Furthermore, cannabis users may encounter cardiovascular, pulmonary, dental, and other adverse effects related to activation of the EC system (5, 11, 46, 57, 59). Therefore, a thorough understanding of the risks and benefits of cannabis use is essential for future development of its use in the clinical setting.

Information about the effects of cannabis and cannabinoid use on the development and progression of CKD is also very limited. In a single center cohort of 647 patients interviewed about illicit drug use, those who consumed any kind of illicit substance had a significantly higher risk of mild kidney function decline over a 7-yr follow-up period, but the association of marijuana use with kidney function decline was not statistically significant (although the risk was nominally elevated) (58). In a small prospective trial, medical marijuana use for pain control over 1 yr did not result in significant changes in serum creatinine. Lastly, in an observational cohort of 1,225 kidney transplant recipients, recreational marijuana use was not associated with increased risk of death or worse renal allograft function at one year after transplant (10). None of these studies reported albuminuria, and the limited size of the cohorts and the relatively short duration of follow-up make it difficult to determine with certainty the long-term effects of cannabis or synthetic cannabinoids on kidney function. 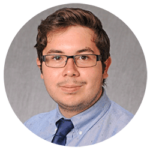 Finding the right dose of CBD can be a challenge, as the compound affects everybody differently.

Unfortunately, there isn’t much research highlighting the effective dose of CBD for kidney disease — most of the research done up to this point has been investigating the safety of using CBD with kidney disease (which is positive) and animal testing to explore how it works.

Here’s how you can get started using CBD oil today.

Cannabis could be a useful aid in managing certain symptoms of kidney disease — which often includes chronic pain, nausea, emesis, anemia, itching, insomnia, and an overall lack of well-being

CBD is also metabolized by the liver but has been proven not to cause additional damage to the kidneys — making it a non-toxic option for managing kidney-related pain.

But there are some limitations to be aware of.

According to research conducted by the American Kidney Fund, roughly 10% of the American public are believed to suffer from chronic kidney disease.

Let’s get straight into it.