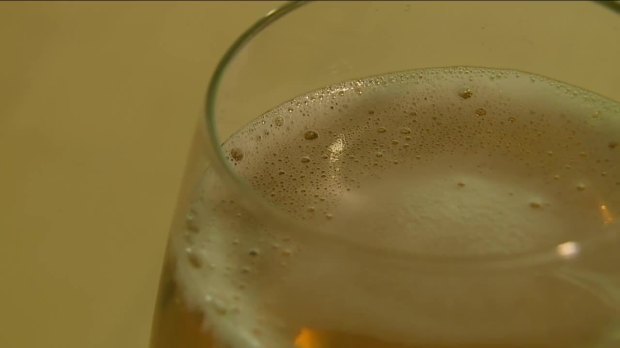 Villa’s name might sound familiar. He founded Blue Moon Brewing Company under the Coors brand in 1995. Now, Villa is brewing up what could be the next big thing in the Colorado craft beer market.

DENVER — Inside a small garage near Golden is another potential budding American success story.

“A socially enjoyable way to enjoy cannabis,” Vincent said. “It’s not smoking. It’s better for you. It’s actually significantly faster-acting. How many times have you heard, ‘I ate a gummy. I waited an hour. I didn’t feel it, so I ate three more,’” Vincent said. Because of the way the THC is infused into the liquid, it actually starts absorbing the instant it hits your mouth.”

“I haven’t felt this good since I created Blue Moon”

Keith also holds a PhD in Brewing Sciences which, on top of being an extremely rare distinction, makes him an actual doctor. Yes, our founder is a beer doctor.

The taste, the mouthfeel, all of it a delight. Highly recommended.”

“As I had to quit drinking alcohol, this is a lifesaver. It has everything you would expect from a craft style brew.

As devoted makers and drinkers of craft beer, we developed unique brewing methods to produce an utterly delicious cold one without the alcohol. It might be the biggest thing to happen in brewing since our ancestors invented farming.

With that same energy, we started CERIA. We were craving a delicious alcohol-free beer with the flavor you’d expect from a world-class brewery, but that drink didn’t exist yet. So we got to work.

“I purchased this for my boyfriend who no longer drinks alcohol.
He said this was the best NA is has experienced. He will only drink it on special occasions savoring every sip.”

Our founder, legendary brewmaster Keith Villa, is best known for creating Blue Moon. (You might have heard of it.)