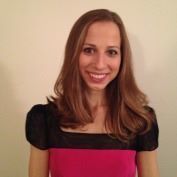 In short, you may see less redness overall, and in skin diseases, including eczema and psoriasis, it may also be effective in tamping down itch, possibly because CBD creams may help reduce dryness, per a review published in July 2017 in the Journal of the American Academy of Dermatology. (Dr. Dellavalle was a coauthor of that report.) Keep in mind, though, that the review included only three studies: two in humans but with small sample sizes and one in mice, which doesn’t necessarily translate to human health. Therefore, more studies on the potential benefits of CBD for reducing skin redness are needed.

Few ingredients have taken skin care by storm quite like CBD. And if you look carefully, it’s everywhere: in sunscreens, masks, lip balms, moisturizers, and more. The question is: Should you really be slathering this stuff on your skin?

There are hundreds of other chemicals in the cannabis plant, and researchers don’t know what combinations are best. For instance, terpenes, the essential oils in plants (including cannabis), may exert synergistic benefits, suggests the Clinical Therapeutics study. “So much research needs to be done. We’ll be sorting this out for the next 25 years,” says Dellavalle. On the horizon with more research from universities and companies, says Jackin, may be more targeted and efficacious therapies for conditions like eczema and acne.

If CBD sounds like the answer to your skin woes, it’s helpful to take a step back and look at the bigger picture. “What we don’t have in CBD is a lot of research. [CBD has] been illegal federally for so long, and it’s been difficult to do research on something that’s previously been considered on par with cocaine or heroin,” says Dellavalle. That’s starting to change, though. The 2018 Farm Bill removed hemp from the definition of marijuana, which meant that CBD products were no longer considered like marijuana. This has paved the way for researchers to conduct more studies on CBD, and for product manufacturers to create and sell CBD products legally, though per the Food and Drug Administration (FDA), it is still illegal to market CBD as a supplement.

The Proposed Benefits of Skin-Care Products With CBD

Dr. Jacknin also points to preliminary research presented in June 2019 at the annual meeting of the American Society for Microbiology that found topical CBD may help kill a range of gram-positive bacteria. “This bacteria is one cause of acne,” she says. (For the study, researchers collaborated with Botanix Pharmaceuticals, a company that develops products to treat skin diseases like acne and psoriasis.)

Unless you've been tuned out to the beauty world these last few months, odds are you've heard of an ingredient called CBD (short for cannabidiol). The buzzy ingredient, which, no, won't get you high, even if ingested as an oral tincture or supplement, has now evolved into a bonafide skin-care trend, with brands offering a luxe spin on what used to be a highly niche category. "With an impressive and evergrowing number of studies finding CBD to be a powerful antioxidant and anti-inflammatory among many other properties, it is now being used to treat pain, anxiety, spasms, and much more," New York City-based aesthetician Jeannel Astarita tells Allure.

In this episode, we're setting the record straight on one of the most polarizing ingredients out there. Learn what to search for when buying a CBD-infused product. (Runtime: 5 minutes)

However, when compared to skin-care pillar ingredients like retinols and vitamin C, the research behind CBD's efficacy in skin care (especially beyond the realms of being a temporary topical pain reliever) is still relatively in its infancy. "There is limited data to suggest that CBD may decrease oil production when applied topically," says Joshua Zeichner, director of cosmetic and clinical research at Mount Sinai Hospital, who explains that unlike marijuana, which contains psychoactive THC, hemp seed oil is a common source of naturally anti-inflammatory cannabinoids — which is what ends up in all of those lotions and potions. "Hemp seed oil also acts as an emollient to smooth rough cells on the skin's surface and offers moisturizing benefits," he adds.