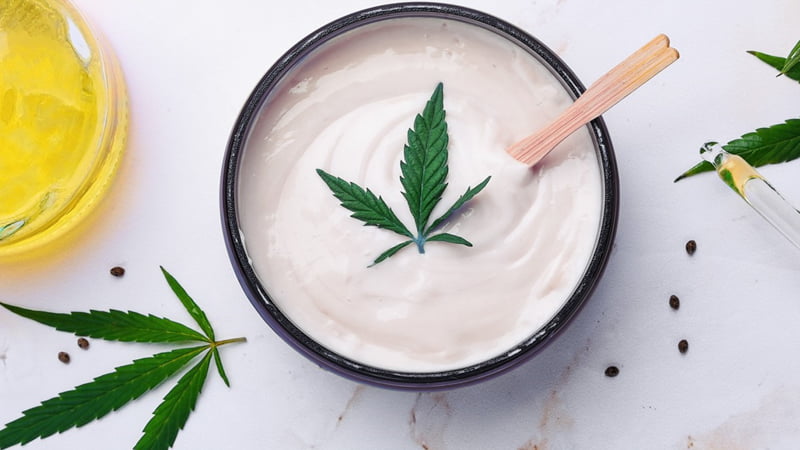 Although it’s certainly not a cure — and more research is needed in this area — CBD certainly seems to be a good (if not better) alternative to traditional prescription medications and steroid creams.

However, CBD can be taken in a variety of ways, and it’s more than likely that a mixture of oral consumption and topical application will produce the greatest benefits.

Consuming CBD oil sublingually (under the tongue) allows it to bypass the digestive system and enter the bloodstream faster through the network of microcapillaries. Sublingual CBD is more effective than oral consumption, as the active compounds succumb to hostile stomach acids and liver processing before it enters the bloodstream.

Lastly, studies have shown rosacea patients to have increased levels of mast cells, as well as larger numbers of Demodex folliculorum, a tiny mite naturally found on the skin, than most people (up to 18 times more) [4, 5].

Topical CBD, such as a cream, is usually the preferred method for addressing skin irritation, as the product is immediately absorbed and reacts with the cannabinoid receptors in the epidermis.

Most rosacea patients report significant social, occupational, and psychological problems as a result of the condition. In a survey by the National Rosacea Foundation, more than 90% of people reported that rosacea flare-ups significantly lowered their self-confidence and self-esteem, and 41% reported avoiding or canceling social engagements and public contact.

Lastly, anxiety and stress are suspected triggers of rosacea and common symptoms—it’s a vicious cycle that can have negative psychological and physical impacts. Many people reach for CBD for its calming and relaxing benefits. These CBD effects on managing stress can not only support symptoms from flare-ups but can be a viable preventative treatment [3].

We can’t stress enough the importance of shopping with reputable CBD brands. Suppose the CBD extract contains high levels of heavy metals, pesticides, and toxins. In that case, it could make symptoms worse — and it’s highly unlikely to address your rosacea symptoms. It could make your symptoms much worse.

A study published in 2018 examined the therapeutic effects of CBD, finding that it can significantly reduce inflammation and over-stimulation of the immune system — both of which are thought to be causes of rosacea [11]. One of the ways CBD acts as an anti-inflammatory is by inhibiting enzymes that cause inflammation, specifically an eicosanoid enzyme called COX2.

CBD creams can relieve this discomfort by working with the endocannabinoid system, which is one of the body’s systems that helps regulate the perception of pain. As a bonus, they don’t cause the side effects associated with other topical pain treatments like steroid creams, which can thin the skin if used too often. CBD creams are gentle enough to be used on even the most sensitive skin.

Like all inflammatory skin conditions, rosacea is the product of a normal immune response whereby the immune system thinks that an area of skin or tissue is under attack, and causes it to swell up for protection while white blood cells work on the healing process. But when the inflammatory response is overactive, as it is in rosacea, it can cause redness, pain, and irritation.

Research has shown that CBD is a powerful anti-inflammatory. Not only is it able to reduce inflammation, but it also causes fewer side effects than conventional anti-inflammatory drugs. Those can often lead to stomach pain, ulcers, headaches, and dizziness. CBD, on the other hand, hasn’t been shown to cause any severe side effects despite working just as well at reducing inflammation.

CBD products are the rising star of the skin care world. We first started seeing them on health food and drugstore shelves across the country last year, but since then they’ve become the most talked-about products on the market. Today you can easily find CBD infused serums, facial oils, cleansers, and body butters. There’s a product for every taste, and many of them are tailor-made for people with rosacea.

The list of CBD’s health benefits is long, but there are some that are more specifically relevant to skin conditions like rosacea than others. Below, you’ll find two of the most compelling reasons researchers believe CBD can reduce the symptoms of rosacea and restore balance to the skin.

That’s thanks in large part to their gentleness and potency as anti-inflammatory topicals. It’s not just about anecdotal evidence, either. Recent studies show that CBD skin care does have major benefits for the skin — especially for people with inflammatory skin conditions like rosacea.

Rosacea is a common skin condition, and if you have it, you don’t need to be told how difficult it can be to find a skin care product that’s effective, safe, and easy to use. You’re probably also sick of hearing about magic home remedies that will cure your condition overnight. And to be sure, CBD cream won’t do that. However, it has been demonstrated to have the ability to significantly reduce the symptoms of rosacea.

The Benefits of CBD Cream for Rosacea

Rosacea varies widely in its severity, but people who suffer from the most pronounced forms of the condition often complain that the affected skin can be very tender to the touch and even painful. The skin can form bumps of various sizes that become sore, and its surface can experience a relentless burning sensation. In some cases it can affect the eyes, too, causing irritation and stinging.

The gentle but effective pain-relieving and anti-inflammatory properties of CBD oil make it an ideal treatment for rosacea-prone skin. It won’t cure the condition, but a high quality CBD cream could make living with it much easier, which should come as welcome news to anyone trying to find a treatment that works for them. 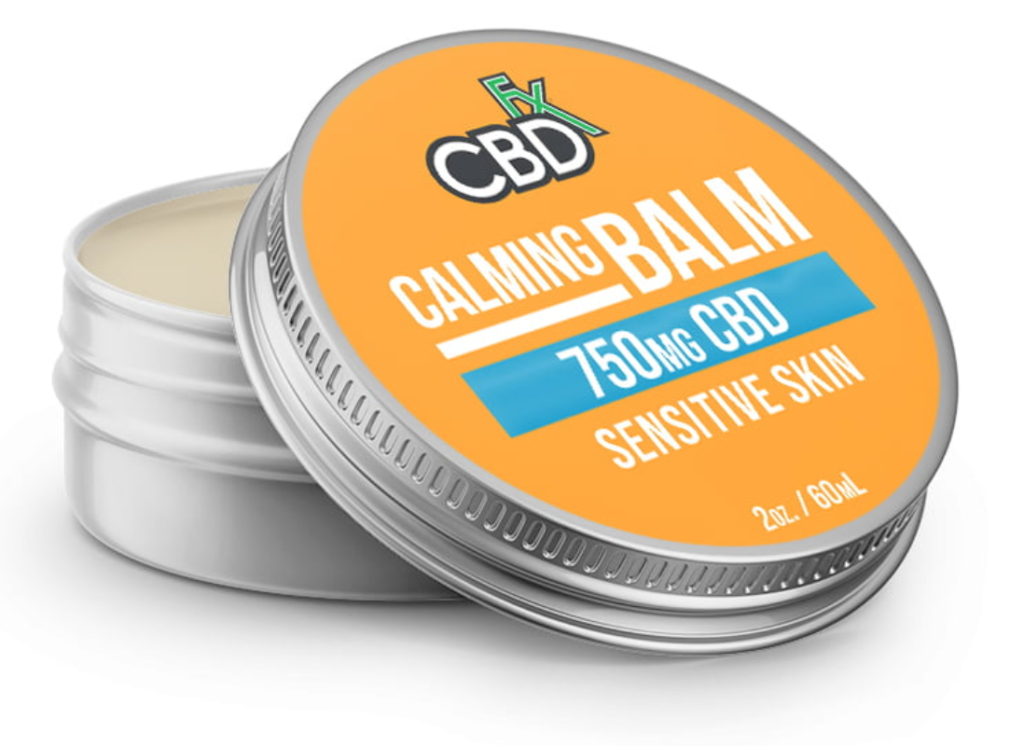 The Endoca in particular is very soothing, with 100% natural food-grade Vitamin E along with full spectrum hemp salve and CBD. You can see why those antioxidants would provide instant dryness relief, soothing, and calming of the skin.

Taking CBD for Rosacea is pretty common, as there’s no real cure for this chronic illness. Luckily, CBD and skin care go hand in hand. In this post, we’ll cover the basics of defining rosacea and its causes, CBD as an anti-inflammatory and potential treatment for rosacea, CBD topicals vs taking oral CBD to reduce inflammation from rosacea, and our picks for best CBD products in both categories.

Although the cause of rosacea remains unknown, scientists now know the major elements of the rosacea disease process. It appears that the redness in the face is caused by inflammation, the result of the innate immune system and neurovascular dysregulation. Other research finds connections between rosacea and increased risk for various systemic diseases such as gastrointestinal disease and some forms of cancer—a link that suggests that systemic inflammation causes rosacea.

So, why might CBD help rosacea? The main reason is inflammation and system-wide stasis. Your goal, as explained above, has to be to minimize inflammation using a variety of methods while not harming your body.

Some research points to other possible causes or triggers—and potential treatments. The science has shown increased levels of mast cells in rosacea patients, as well as increased numbers of a normal, tiny skin mite called Demodex folliculorum. Researchers have also discovered a connection between rosacea and two variants of the human genome.

What is CBD lotion and how can it help rosacea? We have two CBD topicals that we love for rosacea. These two we tested and found to be safe for sensitive skin, especially on the face and neck. They are not irritating, and help reduce acne, irritation, and redness. Our winners:

In fact, at least one of our testers argues that these topicals are great together. She likes the CBDfx for everyday use just to soothe her skin (which is basically always irritated by something) and the Endoca for around her eyes and on her face or anywhere she feels like needs anti-aging benefits.