As with most items related to CBD, there’s either a lack of evidence proving its merits in eye health or a mixed bag of studies.

Because of its rise in popularity, coupled with the fact that it’s legal to buy and use throughout the country—unlike marijuana—CBD has become a popular topic of conversation for those suffering from these types of ailments.

Earlier this year, the American Academy of Ophthalmology reported that CBD oil may worsen glaucoma. While that report didn’t touch specifically on CBD for macular degeneration, it does underscore the reality that we’re still learning about how and why CBD works in our bodies.

Conversely, wet macular degeneration occurs when abnormal blood vessels take shape under the retina. As they grow, those vessels begin to bleed and seep into the macula, warping and distorting the person’s vision.

The study went on to point out that cannabinoids can slow the onset of Vascular Endothelial Growth Factor, or VEGF, which is a contributor to macular degeneration. A cancer research study indicated that cannabinoids significantly lowered VEGF activity in lab mice and two patients with late-stage glioblastoma, a severe type of brain cancer.

The American Macular Degeneration Foundation (AMDF) compares the eye to a camera and the macula the central part of the eye’s “film.” When functioning properly, AMDF says, that macula gathers images at the center of the field of vision and transfers them to the brain via the optic nerve.

How and why CBD may benefit macular degeneration sufferers

The prevalence of macular degeneration is a scary concept to grasp when you consider that most people will collect drusen in their retina as they age. But a slight buildup of drusen is quite normal and not a cause for concern—it’s only when there are large deposits that macular degeneration begins to occur.

“Other possible applications of cannabinoids in ophthalmology could be explored,” the researchers wrote. “Age related macular degeneration (AMD) is the leading cause of blindness in the United Kingdom. Perhaps the potent antioxidant properties of the cannabinoids may be beneficial in AMD, offering a possible alternative to established antioxidant supplements.” 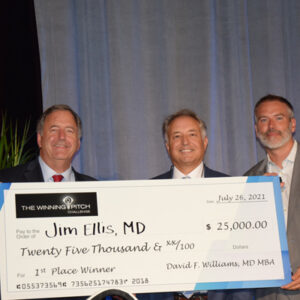 In a 2014 paper, the American Academy of Ophthalmology said there is no evidence that marijuana provides an increased benefit for or diminished risk of glaucoma compared to the traditional treatments available. 5

Dr. Tishler is asked frequently about CBD for sleep and pain relief, but he states the data only supports the use of THC/THC-dominant whole flower for these problems.

Cannabidiol, or CBD, is a chemical found in the cannabis plant. It does not make users “high,” and it has been used by many as an oil or infused into food, skin creams, and even gummies.

What to know about the Light Adjustable Lens

“In practice, cannabinoids help regulate the arterial tone within blood vessels in the central nervous system. This has led researchers to study the effect of cannabis on retina ischemia and retinopathy in general,” Ms. Morrison said. “Clinical trials indicate that cannabinoid receptor antagonists may inhibit cellular degeneration caused by the release of lactate dehydrogenase induced by retinal ischemia.”

A U.K. study that reviewed research on cannabinoids and glaucoma reported that because CBD has antioxidant properties not mediated by the CB1 receptor, it could prevent neuronal death by scavenging toxic reactive oxygen species produced by overstimulation of receptors for glutamic acid. 3 “Perhaps the potent antioxidant properties of the cannabinoids may be beneficial in [age-related macular degeneration], offering a possible alternative to established antioxidant supplements,” the authors wrote.

See also  can cbd cause schizophrenia

Between research and practice, for now, there is no CBD treatment recommended specifically for the eyes. “It is not an effective treatment for any ophthalmologic issues,” Dr. Tishler said. “Further, the high doses needed to see any result in illness are not achievable in eyecare.”

Chan: None
Clifton: None
Green: None
DeRose: None
Morrison: None
Straiker: None
Tishler: None

You should check with your doctor to make sure CBD is not only safe for you, but that there aren’t contraindications between CBD and other medications you are taking. In addition, CBD should not be used as a replacement for other medical treatments unless recommended by a physician. Patients with active systemic disease should continue to see their primary care physicians and specialists to monitor their condition and treatment regimen.

A recent study also found that cannabidiol is a potent neuroprotective antioxidant.[ii] This suggests that cannabidiol may eventually play a therapeutic role in the treatment of neurological diseases such as Alzheimer’s and Parkinson’s disease.

Companies are touting the many potential health benefits of CBD. Although with the exception of epilepsy, these benefits are not yet clinically proven, some patients have reported relief from sleep problems, chronic pain, inflammation and anxiety.

Cannabidiol, or CBD, products have become extremely popular since the passage of the U.S. Farm Bill in 2018, which legalized industrial hemp and CBD in all 50 states.

Does CBD have any eye health benefits?

It’s too soon for a definitive answer as the ocular effects of CBD are still being researched. However, there are a few possible indications for CBD in ophthalmologic conditions. The antioxidant properties of CBD may help slow the progression of age-related macular degeneration (ARMD or AMD) and the neuroprotective properties may help some retinal diseases such as retinal ischemia.

Since CBD only contains trace amounts of THC, the psychoactive ingredient in marijuana which is the mood-altering component, CBD does not cause a high.

Technically, CBD is not approved by the FDA. However, FDA approval isn’t required since it contains only trace amounts of THC. For this reason, it is legal to sell and consume CBD products in the U.S. without FDA approval.

What are the known health benefits of CBD?

Epidiolex, a medication indicated for the treatment of epilepsy associated with Lennox-Gastaut syndrome or Dravet syndrome, is the first FDA approved medication containing cannabidiol as its active ingredient.

CBD should not be used to treat glaucoma. Although marijuana has been shown to lower intraocular pressure (IOP) for very short periods of time, a recent study revealed that CBD oil actually raises IOP.[iii] Neither marijuana nor CBD are adequate treatment options for glaucoma as IOP needs around the clock control in order to prevent damage to the optic nerve, which could eventually lead to blindness if not managed properly. Click here to read more.