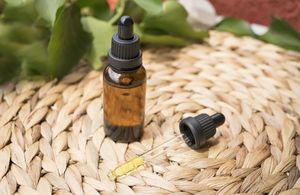 Cannabidiol (CBD) products have rapidly entered the UK market in a variety of forms, including food and cosmetics. Laboratories across the UK need to be able to accurately measure the CBD content as well as the controlled cannabinoid content in commercially available products. CBD and cannabinoids have been highlighted as difficult compounds to analyse. The aim of the ring trial was to share and compare methods for quantifying CBD and controlled cannabinoids in food and cosmetics among testing laboratories

Thirty-four national and international laboratories participated in the ring trial. The results have shown that there is good agreement of results between most laboratories. The data includes instrument types and limits of detection which helped assess the capability of testing laboratories and which will be invaluable information to determine the UK capability in analysing CBD products and controlled cannabinoids.

This file may not be suitable for users of assistive technology.

The project has been funded by the Department for Business, Energy & Industrial Strategy (BEIS), the Food Standards Agency (FSA), the Home Office and the Office for Product Safety & Standards (OPSS) and has been carried out in collaboration with Food Standards Scotland (FSS) and the Defence Science and Technology Laboratory (DSTL).

For more information about the report or the work of the Government Chemist please contact: 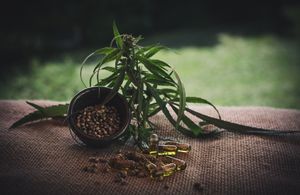 Kit Malthouse MP, Minister of State for Crime and Policing, wrote to the Chair of Advisory Council on the Misuse of Drugs (ACMD), to seek advice on the issue of CBD products which are not medicines; specifically on the controlled cannabinoids that could be present and the concentrations that they could be present at.

As an isolated substance, CBD is not a controlled drug. However the process of extracting or isolating CBD from the cannabis plant may co-extract other cannabinoids and products could unintentionally include other non-psychoactive or, more significantly, psychoactive cannabinoid substances.

CBD plant extract or plant isolates have gained salience as an ingredient in food supplements and in some cosmetic products, and there has been a proliferation of such products, available online and on the high street.

The report on the international ring trial on CBD and controlled cannabinoids in consumer products will be published on the Government Chemist website later this month.