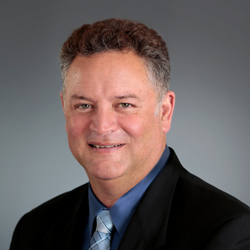 The board of the Fisherman’s Wharf Community Benefit District (FWCBD) hired Randall Scott as its new Executive Director. Randall comes to the FWCBD from the Union Square Business Improvement District (USBID), where he held the position of Director of Services. During his four years at USBID, he forged strong relationships with the City officials and directed the USBID’s safety, security, and cleanliness operations. Prior to that, Randall was the Sr. Operations Manager for MJM Management Group. His responsibilities were to oversee the Yerba Buena CBD, Central Market CBD, Civic Center CBD, Union Square BID, and Union Square Park.

The FWCBD Board of Directors began searching for a new Executive Director after its long-time Executive Director, Troy Campbell accepted the position of the Calistoga Chamber of Commerce and Visitors Bureau. Troy has led the district to new heights and because of his leadership, the organization’s programs are recognized across the San Francisco Bay Area. After a thorough search for a new Executive Director, the FWCBD hiring committee offered the position to Randall. President of the Board, Aline Estournes led the search and expressed that “the Board is pleased to welcome Randall Scott as our new Executive Director. Randall’s professional experience has prepared him well to assume his new responsibilities and bring real value to the community we serve.” The board is excited by Randall’s experience in safety, cleaning, and programs that address San Francisco’s street population. Most recently, Randall executed the Union Square security camera project which has become instrumental in assisting SFPD to deal with crime in the Union Square district. Randall plans to implement innovative programs in San Francisco’s vibrant waterfront neighborhood. By creating an even cleaner, safer, and more enjoyable district, Randall hopes to grow the number of annual locals and travelers who visit Fisherman’s Wharf beyond the current level of 16 million and increase economic impact to the district. Two of Randall’s first major projects will include leading the FWCBD through its 15-year renewal and facilitating the second phase of the Jefferson Street redesign project.

To preserve and enhance its vast San Francisco waterfront landscape and multi-cultural heritage, while integrating modern efficiencies to enrich the experience of visitors from both near and far through:

Find volunteer opportunities from thousands of organizations that need your help.

The Fisherman’s Wharf Community Benefit District was founded in November of 2005 by the business and property owners of the San Francisco neighborhood. The district is funded through an annual assessment for 15 years from the property owners. The association is also a 501(c)(3), which allows the organization to apply for federal, state and locally funded grants, as well as to seek out sponsorships from companies with a philanthropic division.