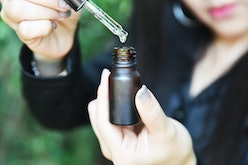 CBD stands for cannabidiol, and it’s a compound that comes from cannabis plants. CBD is often derived from hemp, which doesn’t have much tetrahydrocannabinol (THC), so CBD won’t get you high, according to Phys.org.

Atkinson says there is some research showing that CBD can help with insomnia, but evidence is lacking for most of the other specific claims about it so far. However, there is some scientific backing for the benefits of CBD overall. Capano points out that you have something called an endocannabinoid system, which is made up of cell receptors throughout your central and peripheral nervous systems. Your body’s endocannabinoid system affects your pain response, inflammation levels, sleep cycle, and more. When you take CBD, it increases anandamide, which is an endocannabinoid that makes you feel blissful, according to Capano. This could improve your mood and inhibit pain, she says.

Remind Me — What Exactly Is CBD?

The list of CBD’s purported health benefits is pretty long, but people most commonly use CBD to treat chronic pain, inflammation, and anxiety, according to Project CBD, a nonprofit cannabis news source.

While CBD is often marketed as the ultimate anxiety treatment, CBD companies avoid making specific claims so that they don’t get in trouble with the U.S. Food & Drug Administration (FDA), which approves products for safety and effectiveness. So far, the FDA has approved just one CBD drug, called Epidiolex, to treat two rare forms of childhood epilepsy. It recently announced plans to begin considering regulations for other CBD products.

So Why Do People Take It?

CBD won’t fix all of your health problems, but there is evidence that you’ll at least feel something, as Capano puts it. Ultimately, more research needs to be done before scientific conclusions about CBD’s effectiveness can be drawn.

CBD comes in many forms, including oils, extracts, capsules, patches, vapes, and topical preparations for use on skin. If you’re hoping to reduce inflammation and relieve muscle and joint pain, a topical CBD-infused oil, lotion or cream – or even a bath bomb — may be the best option. Alternatively, a CBC patch or a tincture or spray designed to be placed under the tongue allows CBD to directly enter the bloodstream.

The evidence for cannabidiol health benefits

Some CBD manufacturers have come under government scrutiny for wild, indefensible claims, such that CBD is a cure-all for cancer or COVID-19, which it is not. We need more research but CBD may prove to be a helpful, relatively non-toxic option for managing anxiety, insomnia, and chronic pain. Without sufficient high-quality evidence in human studies, we can’t pinpoint effective doses, and because CBD currently is typically available as an unregulated supplement, it’s hard to know exactly what you are getting.

Outside of the US, the prescription drug Sativex, which uses CBD as an active ingredient, is approved for muscle spasticity associated with multiple sclerosis and for cancer pain. Within the US, Epidiolex is approved for certain types of epilepsy and tuberous sclerosis.

Side effects of CBD include nausea, fatigue and irritability. CBD can increase the level of blood thinning and other medicines in your blood by competing for the liver enzymes that break down these drugs. Grapefruit has a similar effect with certain medicines. 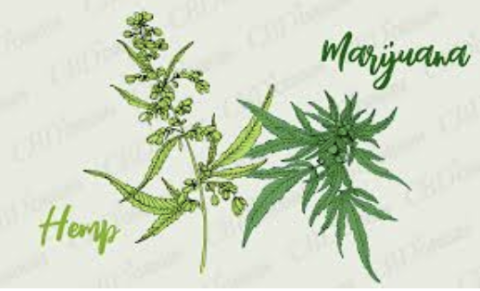 An app was used to measure changes in insomnia in over 400 people taking medical cannabis. Results showed an average symptom severity reduction of 4.5 points on a 10-point scale, a significant improvement in insomnia.

The dose of a CBD product depends on the form and strength, as well as the concentration of CBD in it. It’s also based on whether or not it has other active ingredients.

There are studies of oral, topical, and inhaled CBD products for use in many other conditions, including dystonia (movement disorder), Fragile X syndrome (rare genetic disorder), graft-versus-host disease (bone marrow transplant rejection), multiple sclerosis (MS), opioid withdrawal, schizophrenia, and smoking cessation. CBD is also used to alleviate symptoms associated with Parkinson’s disease, but some study results advise against it.

The National Academies of Sciences (NAS) found significant evidence that cannabis was an effective treatment for long-term (chronic) pain. However, much of the research was done outside of the U.S. And the forms of cannabis studied in the U.S. were not the same as those commonly used.

Oral CBD to Help with Sleep

CBD is the primary cannabinoid in hemp. It has various healing properties. For example, it seems to lessen inflammation, the body’s response to illness or injury. In this way, it may help treat many different diseases.

Applications of transdermal cannabidiol were studied in people with temporomandibular (joint of the jaw) disorders (TMD) that caused myofascial (coverings of muscle) pain. Those studied had less muscle tension and pain after applying the topical CBD for 2 weeks.

Both variations of cannabinoids act on cannabinoid receptors. These receptors are part of the complex endocannabinoid system (ECS). The system regulates the release of neurotransmitters (chemicals that communicate between nerve cells) in the brain, as well as in other parts of the nervous system. The ECS responds to both types of cannabinoids, phyto- and endo-.