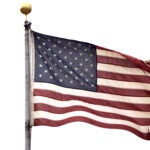 Exactly how the cannabis was consumed mattered, too. About 20 percent of patients who reported that they were vaping their medical cannabis had no detectable levels of THC or CBD metabolites in their urine samples. This suggests that some vaping devices may not heat cannabis products sufficiently for patients to even inhale the active ingredients.

Medical cannabis products are not always what they seem, according to a new study led by researchers at the Massachusetts General Hospital (MGH).

“People are buying products they think are THC-free but in fact contain a significant amount of THC,” said Jodi M. Gilman, the paper’s lead author and an investigator in the Center for Addiction Medicine in MGH’s Department of Psychiatry. “One patient reported that she took a product she thought only contained CBD, and then when driving home that day she felt intoxicated, disoriented and very scared.”

The results showed no CBD in about a third of the urine samples from patients who said they were using cannabis products that were CBD-dominant or had roughly equal parts CBD and THC. THC was detected in almost 80 percent of those samples, including among patients who thought they were only receiving CBD.

In fact, the contents of these products can vary considerably from distributors’ claims, according to the study, published in JAMA Network Open . This is particularly important when THC, the metabolite responsible for the “high” cannabis provides, is present in medical cannabis products labeled to be CBD only.

In this study, researchers analyzed urine samples from nearly 100 patients enrolled in a clinical trial of the effect of medical cannabis for anxiety, depression, pain or insomnia. The purpose of the study was to see if these products were delivering the ingredients patients expected.

The psychoactive metabolite in cannabis is Δ9-tetrahydrocannabinol (THC). Cannabis products containing THC are federally banned, but states have been passing laws legalizing these products. This has in turn led to a patchwork of laws that have varied impacts on guaranteeing that consumers get what they expect. Cannabidiol (CBD) does not come under FDA regulation.

CB1Rs are mainly in the brain, particularly in the substantia nigra, the basal ganglia, limbic system, hippocampus and cerebellum, but are also expressed in the peripheral nervous system, liver, thyroid, uterus, bones and testicular tissue [Russo and Guy, 2006; Pagotto et al. 2006; Pertwee, 2006]. CB2Rs are mostly expressed in immune cells, spleen and the gastrointestinal system, and to some extent in the brain and peripheral nervous system [Izzo, 2004; Pertwee, 2006]. Interestingly, both CB1 and CB2Rs are also found in human placenta and have been shown to play a role in regulating serotonin transporter activity [Kenney et al. 1999]. Indeed further research has revealed that the endocannabinoid system also plays a significant role in various aspects of human reproduction [Taylor et al. 2010].

Brief history of the biochemistry of the cannabis plant

In the plant, cannabinoids are synthesized and accumulated as cannabinoid acids, but when the herbal product is dried, stored and heated, the acids decarboxylize gradually into their proper forms, such as CBD or d-9-THC [De Meijer et al. 2003]. Originally it was thought that CBD was the metabolic parent to d-9-THC, but it was later found that its biosynthesis occurs according to a genetically determined ratio [Russo and Guy, 2006]. Even though the chemical structures of all four compounds are similar, their pharmacological effects can be very different. The most researched compounds of the plant are d-9-THC and CBD and therefore we will mainly focus on these two compounds and their differences.

Functions of the endocannabinoid receptor system

Most recently there have been a number of drug challenge studies with sound methodologies examining the effects of both of these compounds. Our group carried out a number of double-blind, pseudo-randomized studies on healthy volunteers who had previous minimal exposure to cannabis. All participants were administered 10 mg of d-9-THC, 600 mg of CBD and placebo (flour) in three different functional magnetic resonance imaging sessions while performing a response inhibition task, a verbal memory task, an emotional task (viewing fearful faces) and an auditory and visual sensory processing task. The overall concluding results showed that d-9-THC and CBD had different behavioural effects and also, at times, opposing brain activation in various regions [Borgwardt et al. 2008; Fusar-Poli et al. 2009; Bhattacharyya et al. 2009b; Winton-Brown et al. 2011]. D-9-THC caused transient psychotic symptoms and increased the levels of anxiety, intoxication and sedation, whilst CBD had no significant effect on behaviour or these parameters.